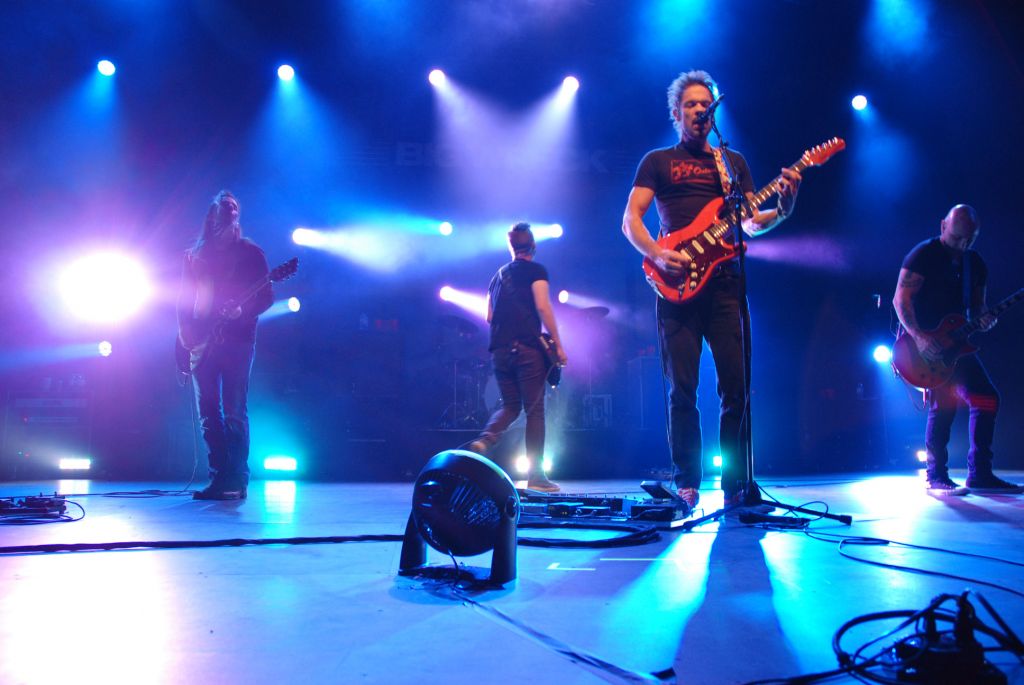 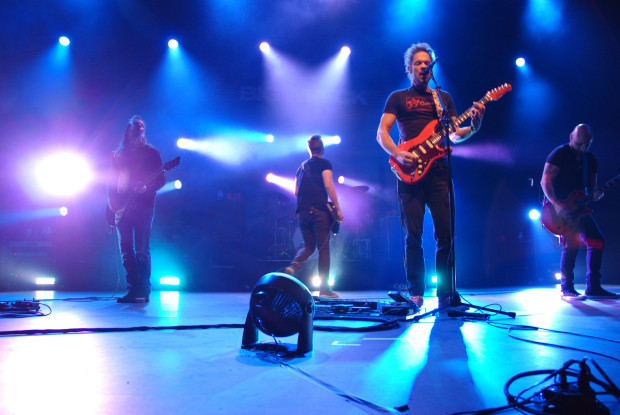 Algonquin got a two-for-one deal Oct. 21 as Canadian rockers Big Wreck hit the Student Commons Theatre to put on a deafening show for the audience and shake the dust off the rafters for the theatre.

Led by front man Ian Thornley, Big Wreck recently celebrated its 20th anniversary on the Canadian rock circuit and is on tour in support of their new album, Ghosts.

The group didn’t shy away from playing the oldies, weaving new material from Ghosts in with some of the classic songs from albums like Loving Memory and The Pleasure of Greed.

“This is the second time in two years I’ve seen Big Wreck and they never disappoint,” Liam Deery, a communications student said. “I saw them with Motley Crue last year at the Canadian Tire Centre so it’s nice to see them again in a smaller venue.”

And the Student Commons Theatre made for the perfect venue, allowing for audience members to get a clear view from any seat in the house.

After a short set from Royal Tusk it didn’t take long for headliners Big Wreck to take the stage; jumping straight into That song off of their 1997 debut album In Loving Memory, perhaps the perfect song to start a show and get the audience moving.

“We started out as just some punks looking to get booze when we were underage.”

The band hardly talked, instead bombarding audience members with hit after hit and spacing their set list with bluesy solos that accompanied each song perfectly.

It was Big Wreck bassist Dave McMillan who almost stole the show, with an amazing solo that paid homage to Another One Bites the Dust by Queen getting the audience on their feet leading into the hit Ghosts of their most recent album.

It didn’t seem like very long before the band said their goodbyes to a standing ovation only to return seconds later to anoint the crowd with more.

Guitarist Paulo Neta took over vocals for the first encore song with a cover of AC/DC’s Highway to Hell and as Ian Thornley returned to lead vocals they followed with another old fan favourite The Oaf (My Luck is Wasted).

“We started out as just some punks looking to get booze when we were underage” Carriere joked, “then Ten Second Epic broke out and I’ve been writing and performing ever since,” the front man said over the phone.

“I’ve been in Ottawa so many times with my other band,” Carriere said, “but as Royal Tusk this is our first show in town and what a way to do it, this theatre is absolutely beautiful.”

The audience was clearly delighted with the opening act. In between sets you could find the Royal Tusk band members selling band merch and taking pictures with the crowd.

“I was totally surprised by the first group (Royal Tusk), ” Tyler Davis, an intro to music industry arts student said. “I’ll probably have to get their album.”