Bingo gets dirtier — and a lot more fun 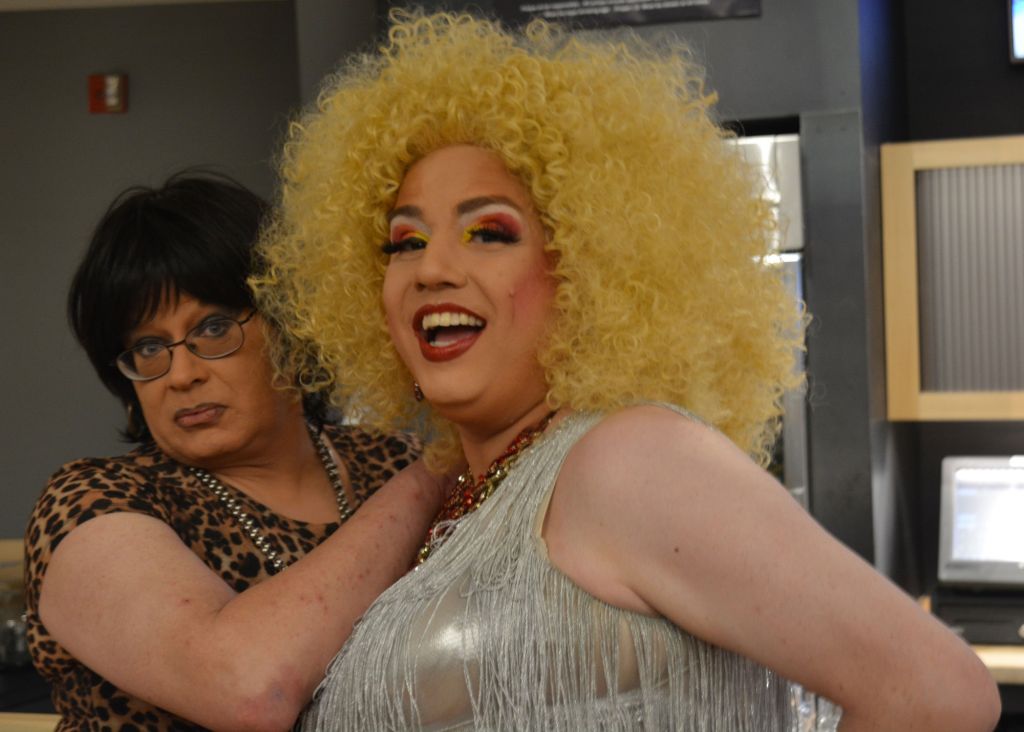 Students lined up outside the Observatory on Jan. 11 to get away from their stressful homework and mundane studies for a night of drinks, laughter and raunchiness at Dirty Bingo.

In the event of a tie or multiple students shouting bingo, a sudden death match goes down. All the bingo winners line up at a table and compete to put a condom on a water bottle the fastest.

All participants would win a prize depending on their standing in the competition.

“I really enjoy it,” she commented, “I’ve been coming every time since September.”

Dirty Bingo is hosted by famed drag queens Krystal Caring and Zelda Marshall who run the event on the first Wednesday of every month. “We haven’t had a bad show yet,” said Caring cheerfully.

“We sell out almost every time,” added Marshall.

Caring and Marshall have been working as a team hosting Dirty Bingo for six years, with Marshall acting as the announcer and Caring entertaining players on the floor with dirty humour and conversation. Fortunately, they agreed, the event rarely runs into any problems with the exception of some of the younger audience trying to sneak in alcohol and getting too rambunctious from time to time.

“Security is always quick to throw someone out who doesn’t follow the rules,” said Marshall.

Sometimes the show proves to be too much for some audience members which results in people getting offended.

That’s why Caring always makes an announcement at the beginning of each night, “If anyone has an issue with tonight’s activities, there’s the door bitches.”

While Dirty Bingo is meant to give Algonquin students a break from their studies, Caring and Marshall use it for a much greater good. Caring uses the event to promote her own charity work of selling calendars and magnets, where she does all the photography herself for free.

Caring and Marshall have worked with many charities including the Children’s Wish Foundation and the Canadian Cancer Society.

“We enjoy doing it,” said Caring. “All the proceeds go to charity.”

Caring and Marshall’s mission is to spread equality and open-mindedness to as many people as possible.

“We want to break down barriers and help people,” said Caring. “We just want to make people feel accepted.”