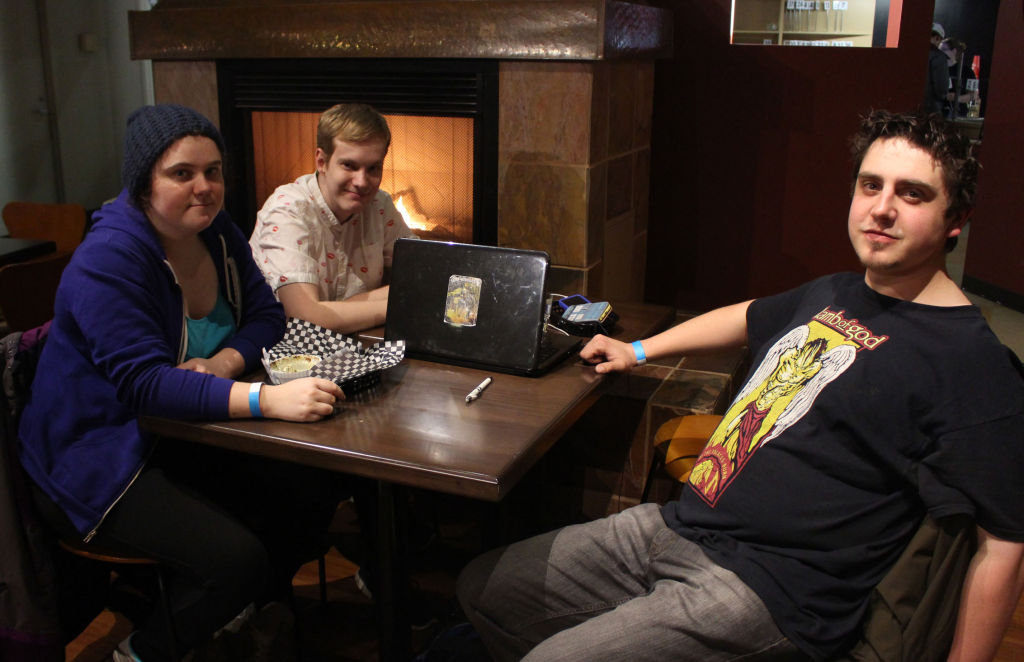 Natalie Taylor, Teddy Lupinski and Willem Carlton at the Ob on Feb. 25. They were participants in the “Netflix and Trivia” event held by the SA.

Students had the chance to win a luxury VIP movie night at the SA’s “Netflix and Trivia” event at the Observatory on Feb. 25.

The prize included limo transportation, dinner and a movie at the VIP Theatre for up to four people. There was excitement in the room due to the magnitude of prize.

“I’m really excited. My confidence is up there but you don’t know what the competition is like,” said Teddy Lupinski, a hospitality student.

The questions ranged from “What drink did Leonardo DiCaprio order in the beginning of The Departed?” to naming a movie with only one picture as a clue.

“I missed the last couple of trivia nights and I figure this one is movies, let’s go for movies,” said Willem Carlson, a pre-health science student and teammate of Lupinski’s.

Some of the 107 individuals present at the Ob were caught unaware of the event until it began.

“I actually didn’t know it was going on, I was just sitting here and eating diner,” said Paige Mathieson, an early childhood education student. However, she does watch Netflix every day and if she had participated, she claimed she probably would have won.