And the Juno goes to… 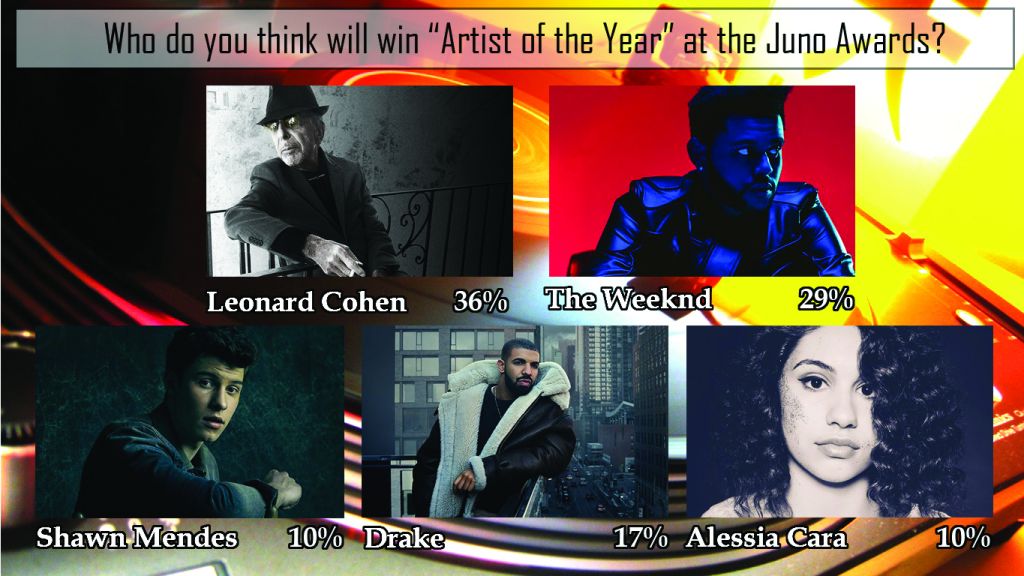 Results of the final poll of the semester are in. The Times asked students which singer do students think will win Artist of the Year at this year’s Juno Awards.

A total of 42 votes were counted. Here is a brief description of the five nominees up for Artist of the Year.

Shawn Mendes, is nominated for his brand new single, Treat You Better, released in 2016. The song quickly reached number one on iTunes around the world.

Alessia Cara, who won Breakthrough Artist of the Year at last year’s Juno Awards, is nominated this year after releasing popular hits including Wild Things and How Far I’ll Go, which was featured in Disney’s new hit film, Moana.

Drake is nominated after dropping three singles at the beginning of 2016. Drake’s fourth album, Views, was released in April 2016 and debuted at number one on the charts.

Previous Grammy award winner The Weeknd, is nominated for his critically-acclaimed album Beauty Behind The Madness. His studio album, featuring hit singles such as The Hills, Can’t Feel My Face and Earned It, has garnered numerous award nominations and chart recognition.