Algonquin students jam out to Cardiff 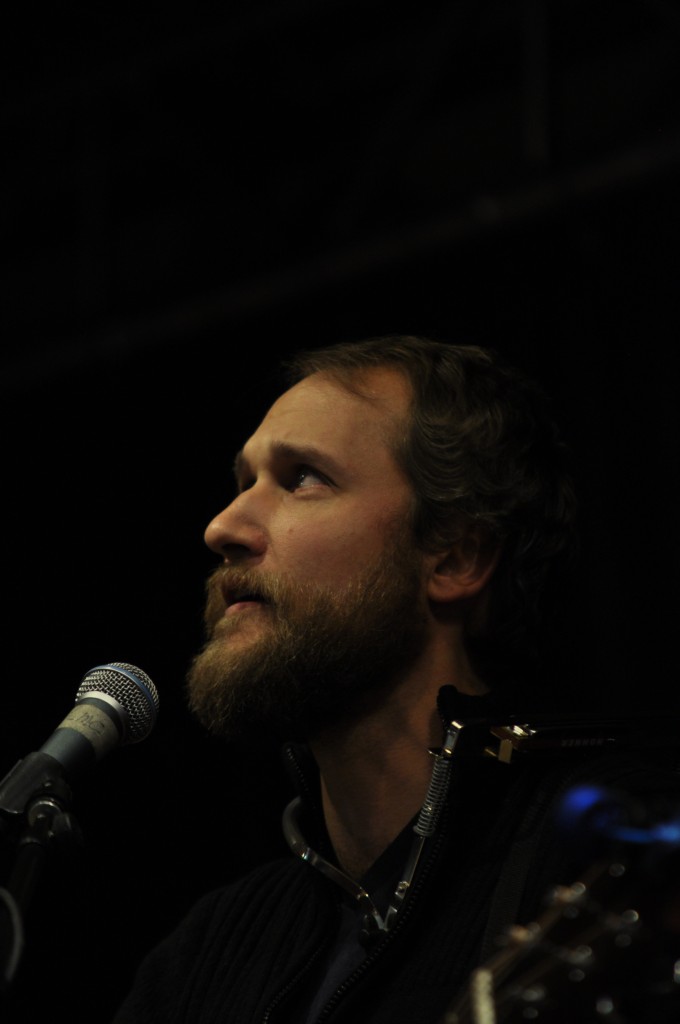 Craig Cardiff, a former Juno nominee, performs an improvised song called The Ballad of Luther Sidhu. Cardiff came to Algonquin on Jan.13, to host a jam night at The Ob.

A singer-songwriter from Arnprior visited the Algonquin campus bar, The Observatory, to host a jam night and play the crowd’s favourite songs.

On Jan. 13, Craig Cardiff, came to the college’s Woodroffe campus for a night of music, poetry and stand-up comedy.

The night featured 21 acts that were all introduced by or accompanied by Cardiff. He has already visited Algonquin this academic year, last time accompanying another Canadian artist, David Myles.

Cardiff started the show with a three-song set.

“You guys can come in,” said Cardiff during his second song, addressing a group of students that had just arrived at the bar.

Before Cardiff’s third song, he invited Luther Sidhu, a radio broadcasting student at Algonquin to the stage. Cardiff explained that Sidhu was in charge of the sign-up sheet.

Cardiff then improvised a song that he called The Ballad of Luther Sidhu. The song included details about Sidhu’s most embarrassing childhood memory: puking in his Grade 2 classroom.

The stage was then opened to all of the students, family and friends that had signed up for a timeslot. Cardiff would come up between sets to help performers take down their equipment before introducing the next act.

Keefe Lau was the first performer that had no musical accompaniment. Lau didn’t perform a song, but instead a standup bit.

After Lau’s performance, Cardiff took the stage to perform another improvised song. The subject of this song was Lau.

The night then continued its pattern of acoustic guitars accompanied by the voices of young musicians with the exception of one last hip-hop song.

“It was fun, I thought it was a really good turnout,” said Lara Boyle, a music industry arts student. “I was actually surprised as to how many people were there.”