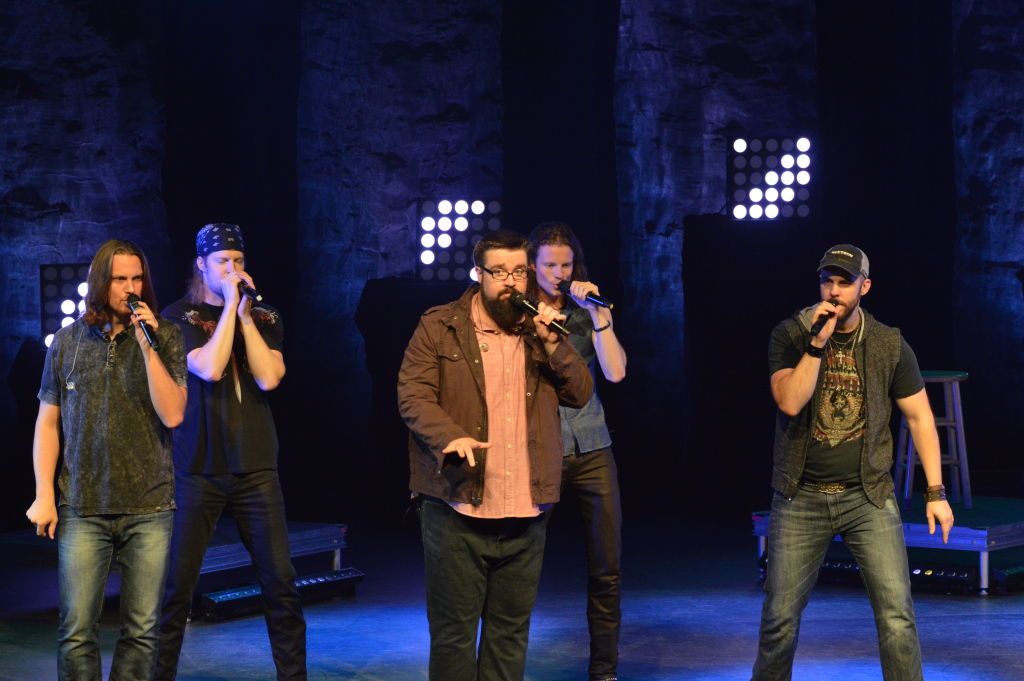 That question was answered in Algonquin’s Commons Theatre Sept. 19. when Minnesota country a cappella group Home Free performed in Ottawa for the first time.

“When I did this eight years ago, a cappella was not considered cool,” said Rob Lundquist of Home Free in an interview after the show. “So when people said ‘what do you do?’ I said ‘Oh I’m a singer…’ now its like ‘Hey I’m in an a cappella group.’ People don’t think its lame anymore.”

The chorus consists of about 60 members, the oldest in his 80s and the youngest is a Carleton University student. They are still trying to figure out how to capitalize on this a cappella movement.

Home Free has already figured it out.

This type of music, in which singers only use their mouths to make all sounds – meaning no instruments a loud – has been on the rise since the popularity of groups like Glee and Pentatonix along with the movie Pitch Perfect exploded.

Home Free is not new to the a-ca-awesome world. They have been practicing their craft and perfecting their act for the past 10 years. Their hard work paid off when they won the fourth season of NBC’s reality TV show, The Sing-Off.

They have since released three albums, done several tours and their popularity on YouTube is ever growing.

The group opened the show with their medley of country songs Fishin’ in the Dark and Boondocks, then followed up with covers of Wagon Wheel, Honey, I’m Good. and many more. They had the crowd singing along, clapping and cheering the whole time.

“I’m absolutely amazed,” said Jeanette Harrison, a die-hard Sing-Off fan and member of Ottawa’s all female chorus group, the Capital Chordettes. “It’s the cheapest $38 I’ve ever spent in my life for the best value.”

“You could feel the bass in your chest and your hairs moving,” said Hilary Ledungham, also an a cappella fan and Capital Chordette. “It was unbelievable.”