DJs sync or swim at the Observatory 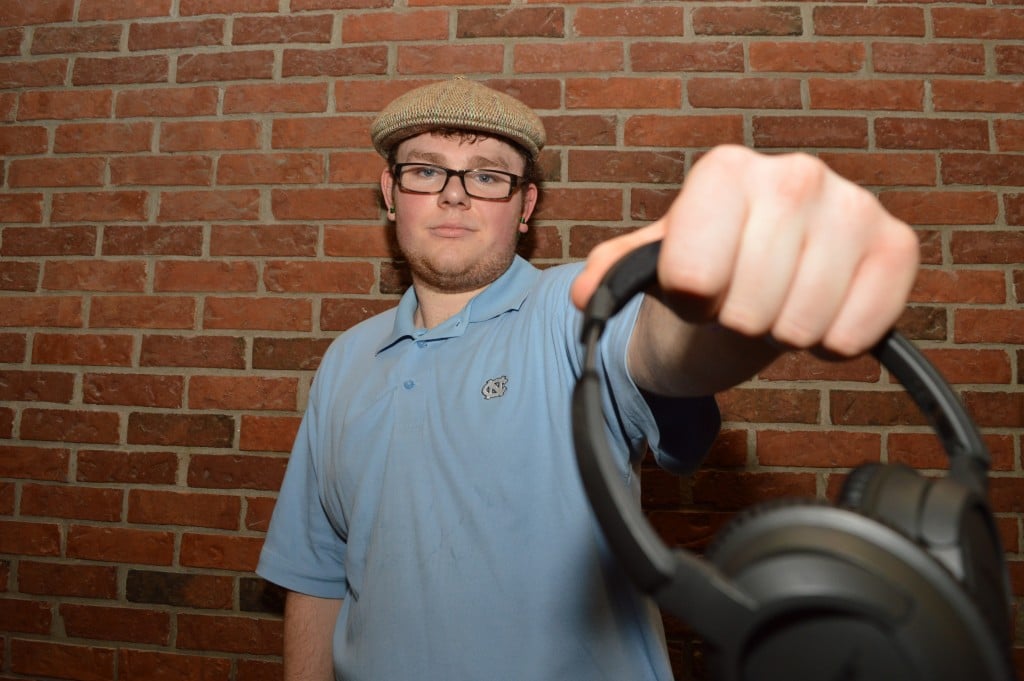 Ryan Beck with his headphones outside The Observatory. Beck, known as The Energy Never Dies, played pounding basslines during his set in the DJ battle which ended early in a three-way-tie.

DJs Ekany, Pistol, and The Other Night stood tall over the other eight master mixers from across Ottawa as they battled it out for musical superiority at the Observatory on Feb. 6, hosted by Kappa Sigma Algonquin.

From hip hop and rap to the increasingly popular future house, every niche and genre was covered. The DJs rolled a dice and based on that dice-roll played a twenty-minute live set, doing their best to display their prowess.

The DJs were judged with a decibel recording app on a smartphone, rating crowd reaction after they had completed their mix.

The higher the number, the better the performance. The three highest scoring participants would move onto a final set, where each would have a quick five- minute mix. From this final set, a winner would be selected.

All participants were skilled in their own right, but Pete (Pistol) Hunter was a strong crowd favorite.

“I went from an app on my iPad to picking up a mixer and tables,” said Hunter, a third-year medical radiation technician student.

Having been DJing for two years, he has come a long way from his humble beginning. Hunter also praised Kappa Sigma for hosting an event where local DJs can hone their skills in an open forum.

“It’s good to give opportunities to up-and-coming DJs that may be struggling for gigs,” said Hunter. “It was a great experience, and I was glad to see a bunch of my friends and DJ in front of a crowd,” said Hunter, having friends from his hometown of Kingston in attendance.

Ryan (The Energie Never Dies) Beck took a risk and played the hard-hitting, bass pounding genre of hardstyle, standing out from the competition.

“It’s one of my favorite genres to play, it hits you so Diverse DJ battle hosted by Kappa Sigma Algonquin pumps up crowd Smiling with hard,” said Beck, a pre-nursing student.

Even with a small audio hiccup in his final minutes, the set stood out for its originality. That originality came at a price, as Beck did not advance to the final.

The three selected for the final set were Hunter, Yannick (Ekany) Mbonabuca, currently in his first-year of business-marketing, and The Other Night, consisting of Cameron Leah of the University of Ottawa and Perrer-Luc Portugaise, a first-year developmental service worker.

The three finalists stuck to their guns, with Pistol sticking with the sounds of future house, Ekany with a more hip hop vibe, and The Other Night fusing chill trap and house sounds. Due to technical complications, the event was ended prematurely, and all three finalists will share the honours of 2015 Kappa Sigma DJ Battle champion.

However, the crowd was promised the best-and brightest mixers and the DJs did not disappoint.