Come on, scare me 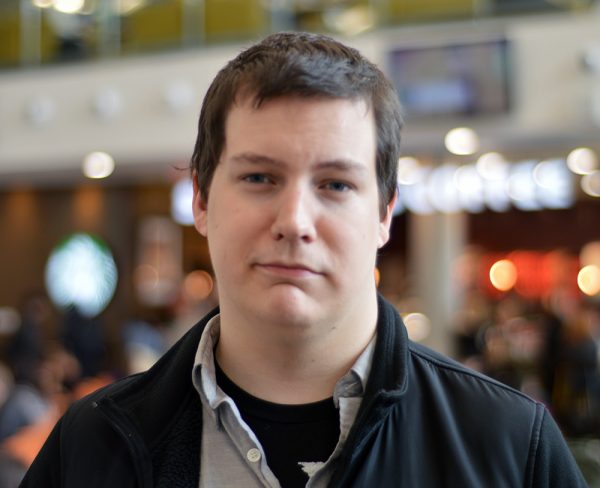 It’s no secret that the horror genre in film has been going down in quality the past decade or two.

The nostalgic days of the suspenseful atmosphere of John Carpenter, the tension-building of Robert Wise and Stanley Kubrick’s long, unnerving shots have been replaced with cheap scares and tired clichés that most horror movies today keep on making fun of for a quick buck.

Not to say that there haven’t been a number of good horror movies that have been released in the past ten years, they’re just being pushed aside for the obvious cash grabs that Hollywood pumps out every Halloween.

Back in 2014, a film called Oculus was released in North America in early April and audiences had mixed reactions towards it. It was a film that relied more on looming shots and subtle, creepy moments rather than loud, cheap jump scares to make the audiences jump in their seats.

For a filmmaker, the jump scare is the easiest horror film cliché to accomplish. Cut all the sound, lower the lighting and slow down the pace to build up to a jolt of quick terror for the audience.

When audiences are hit with a jump scare, they might be slightly scared but they are also releasing all of that tension that they were building up.

Therefore, the next real scare won’t have as big of an impact to the audience as the director was hoping it would have. Unfortunately, audiences today are becoming more accustom to this kind of horror filmmaking.

Do you know what horror films ended up beating out Oculus at the box office?

Annabelle and Ouija: a couple of quick-to-the-theatre jump scare fests for the Halloween season. While Oculus ended up making approximately $44 million at the box office; Ouija made $103 million and Annabelle made $256 million.

These numbers should bother you because it’s obvious that these are the only numbers that Hollywood is looking at. They don’t care about the 29 per cent Annabelle received on Rotten Tomatoes or Ouija’s 4.5 score out of ten on IMDb, they care about how much money they can make back on the product.

This is why horror sub-genres that were once seen as creative and groundbreaking have turned into tired gimmicks.

Remember how Jaws made audiences afraid to take a bath? Well now we have low-quality shark B-grade movies being released by the dozens every year.

Remember how subtle and quiet the first Paranormal Activity was? Well, now they’re seen as a joke for found-footage films.

Even the first Saw film created tense situations that made audiences watch the screen through their fingers. Now, the sequels have become all about how much gore they can fit on the screen and how ridiculous the kills can get.

While these movies can be enjoyable for just how terrible or unintentionally funny they can be, we can’t deny that these films are making a joke out of a once respectable film genre.

Movies like The Conjuring, Sinister, and It Follows are certainly not bad but they aren’t exactly groundbreaking either because they still rely on those loud jump scares to give the audience a decent shock.

Even IT, quite possibly the most successful horror film to date, relies heavily on those kind of scares and loud music. The movie’s cast and story was enough to entertain audiences but people are starting to agree that it wasn’t as scary as they were hoping.

Classic films like The Exorcist, The Shining and 1963’s The Haunting achieved this without having to rely on quick scares that made people jolt out of their seat. These movies were scary because they created a subtle but unnerving atmosphere that made the audience uncomfortable.

Bring back subtlety, bring back unnerving atmospheres, bring back taboo themes and ideas. Let’s not be afraid of being scared once again.

Come on Hollywood, give me a real scare.

Campus life returns stronger than ever.