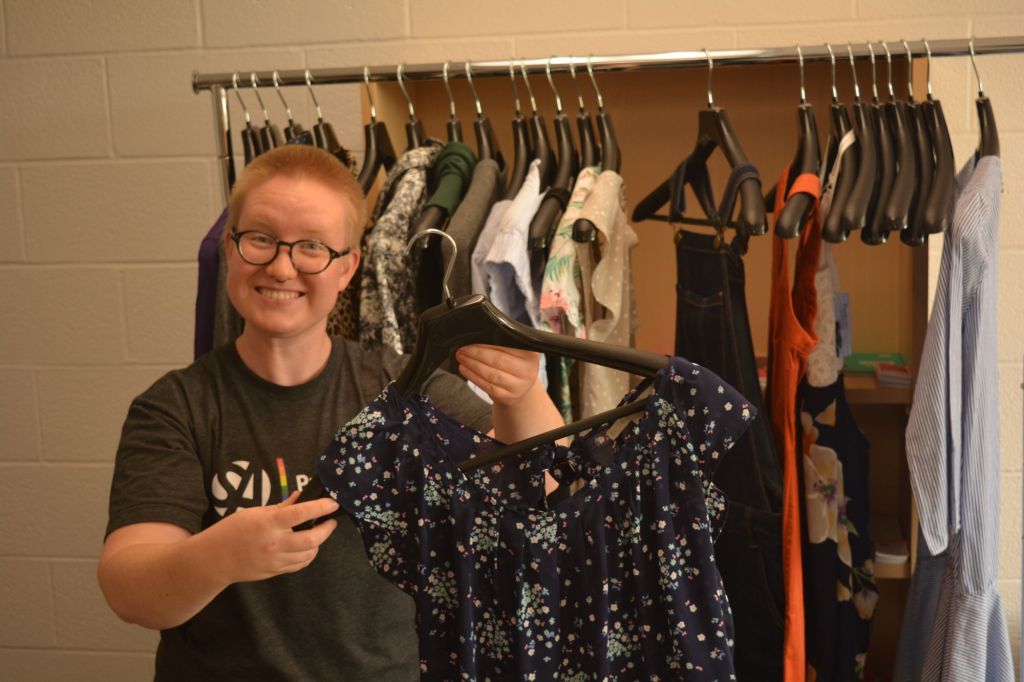 Why not? That’s the kind of thinking Students’ Association Pride Centre Coordinator Quinn Blue wanted to share with Algonquin students with her Back to School Clothing Swap held on campus Sept. 19.

Blue started the clothing swap to stop gender conforming at the college and let students wear whatever they feel comfortable without judgement.

“I wanted to create a trans-non-binary and non-gender-conforming environment for the students,” said Blue. “Students should be able to wear whatever they feel is comfortable to them.”

The swap usually receives a wide range of clothing articles for everyone. Blue wanted the swap to have a feel that was opposite to someone walking into a clothing store.

“We usually have something for everyone,” said Blue. “I think just going into clothing stores that are gender divided is stressful; if you want to wear a dress, then wear a dress.”

Unfortunately, this year’s clothing swap was not as successful or busy as last year’s event as there wasn’t much contribution from the students this time around.

“The last one was quite successful,” said Blue. “Lots of students went home with lots of new outfits and other students donated a lot of clothing they didn’t want anymore.”

Blue admitted that this year’s event could have benefited from better promotion from the Students’ Association and a later date in the school semester.

“More promotion could have been done for sure,” said Blue. “It’s very possible that we chose a date too early in the school year as well.”